At 5:45 a.m., Jerry Ogallo, the Maisha Academy head teacher, leaves his house and begins peddling towards the Maisha Academy. After riding his bicycle for 45 minutes on the bumpy dirt roads, he arrives at school and makes his way upstairs to his office to prepare for the day’s events.

The school grounds begin to fill with yellow and burgundy Maisha Academy uniforms as the children file in through the gates. At 7:30 a.m., the school bell rings and learning begins. 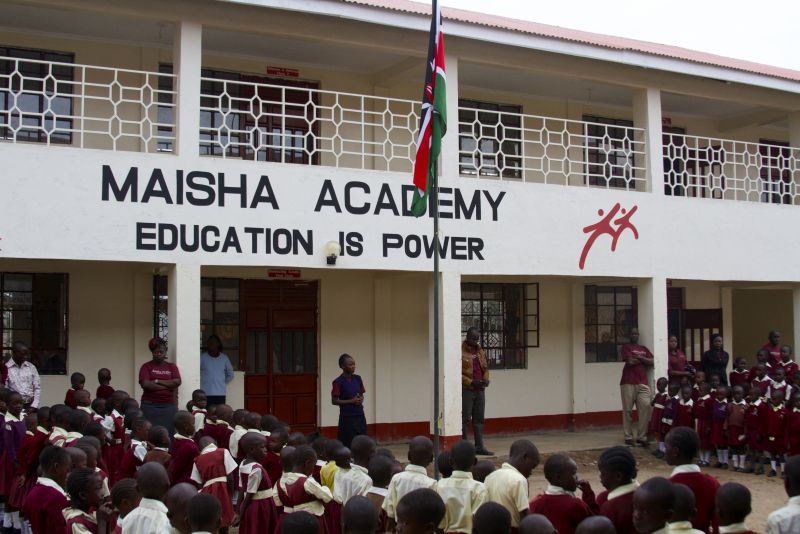 The Maisha Academy began in May 2012 and started with the first four grade levels – Nursery, Pre-School, Kindergarten and First Grade. The new Maisha Academy building was completed in July 2015. The building sits parallel to the Maisha Center and includes 10 classrooms, a library, staff room, head teacher’s office and a storage room. Ogallo said the Academy has come a long way. When he first came in 2013, the academy was running out of space, but now, the school has room to grow.

With only around 70 kids attending in 2013, the Academy has almost quadrupled in size and now has 279 children from the village of Kano learning each day.

The Maisha Academy students learn six subjects daily, including: mathematics, science, social studies, English, Kiswahili and Christian Religious Education. The children also learn the story of the Gospel through The Gospel Project, which is taught every Friday. 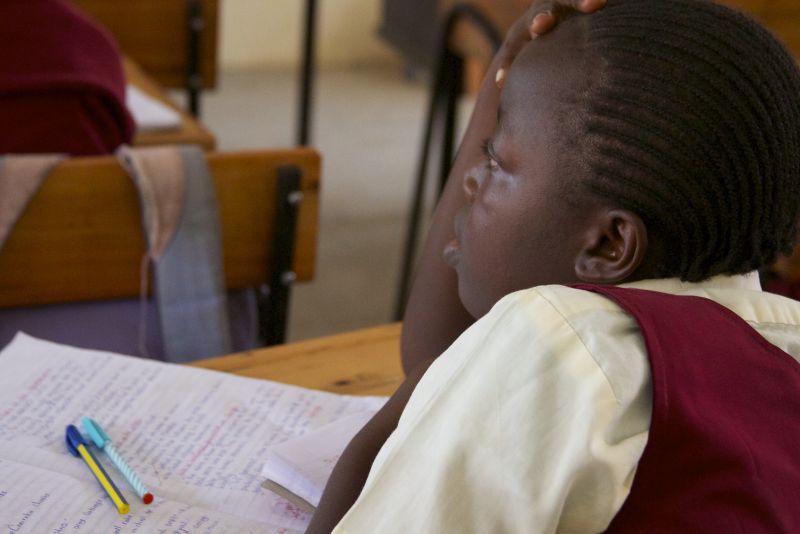 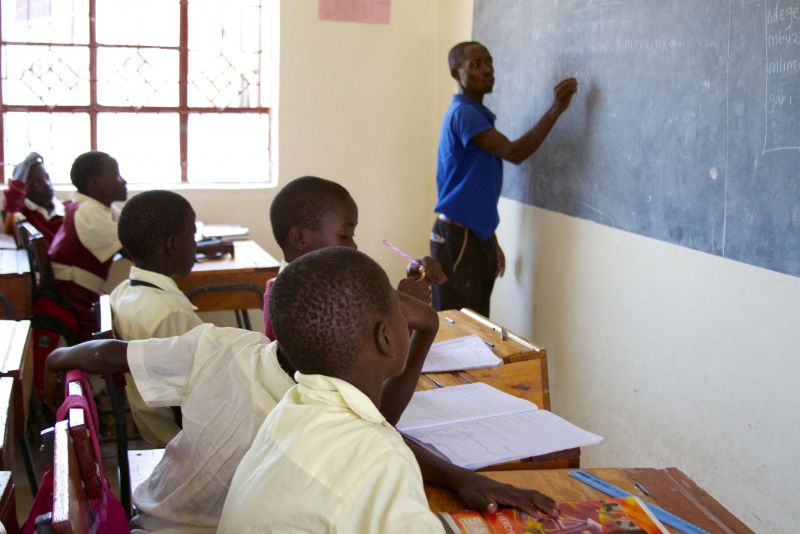 Learning is extremely important in Kenya, Ogallo said, and the education the children receive at Maisha Academy directly influences the surrounding community.

Although there are many schools in the community, Maisha stands apart. Middle class teacher, Teacher Serphine, said the children at Maisha have the ability to speak English better than other children their age.

“I can see the schools around this community, as I compared with the Maisha Academy, Maisha is better than them, because the children here can talk in English.

“They can read, compared to the schools around, the public schools…In public schools, the ECD (nursery, preschool and kindergarten) children can read only when they reach class one, but here baby class, middle class, they can start reading the two letter words, the three letter words, even some short sentences,“ she said. 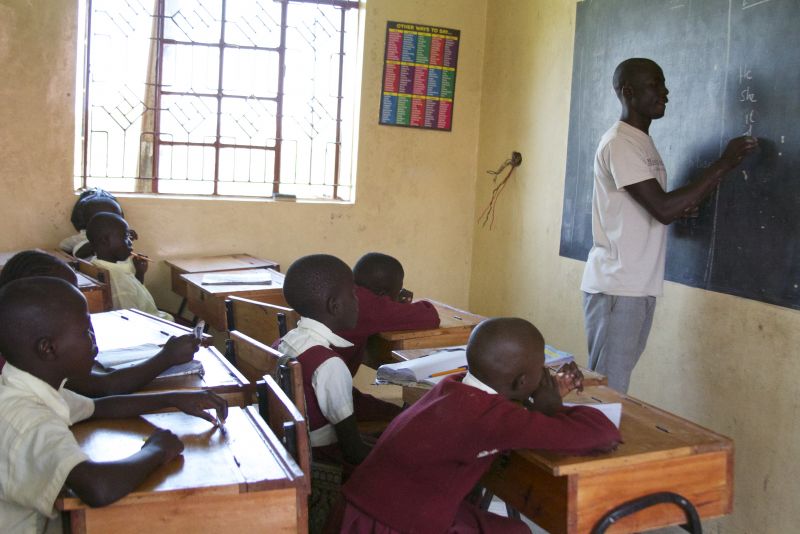 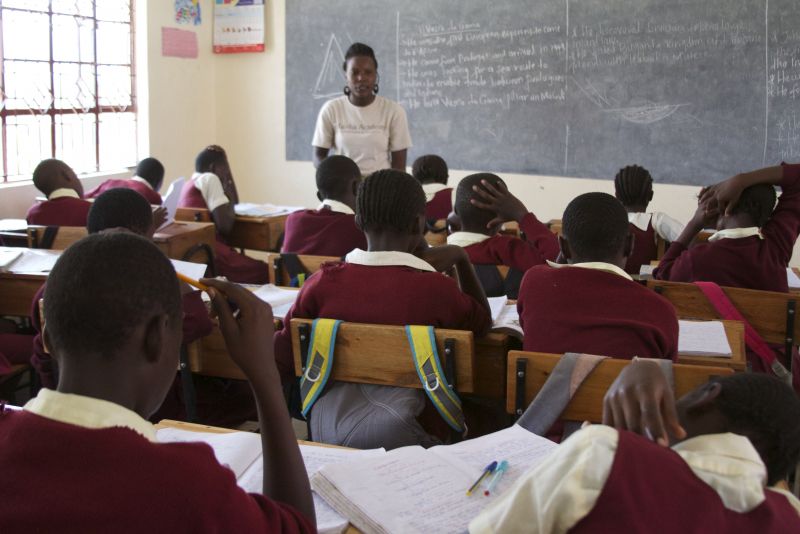 English isn’t the only thing separating Maisha from other schools, Ogallo said. The children are well-kept, neat, kind, well behaved and healthy.

“We don’t have a case where a child is rude, because we know how to talk to children. Not through caning, but by guidance and counseling. That one has really helped us…the school is in good shape as far as the children is concerned, very different from the children from other schools,” he said.

Education in Kenya comes with many challenges. Ogallo said although schools claim to be public, the government actually requires parents to pay for their child’s education through school fees. Because Maisha Academy is private and children’s fees are paid through sponsorship, the children and their parents do not have to worry about fees. In turn, the children are having a different educational experience than the rest of the community.

Not only does Maisha Academy care for the children academically, they also care for them physically. They get porridge each morning and receive a hot meal at lunchtime. Without the Academy, Ogallo said, most of these children would not be fed each day and they would turn to other things to occupy their time. 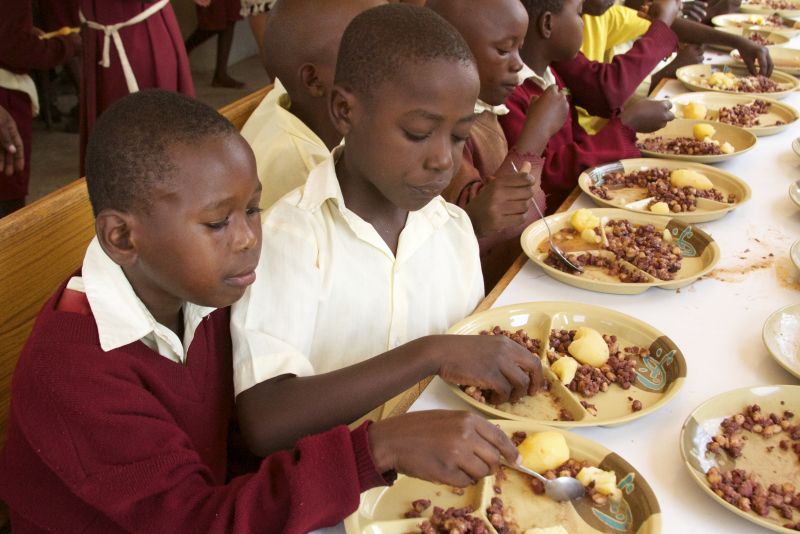 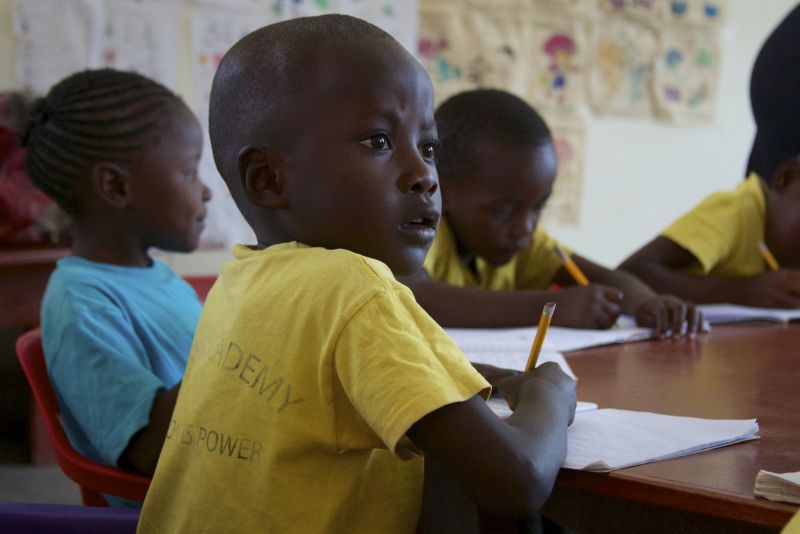 “If Maisha Academy would have not been here at this time, most of these children would have been street children. Almost all of them, except a few, would have been in the street, roaming, rioting, the way some children are doing within the community,” he said.

The teachers at Maisha Academy are responsible for changing the lives of the children, Ogallo said. As The Maisha Project founder Beatrice Williamson’s former teacher, he recognizes how hard teaching in Kenya is. He said he is thankful for all of his teachers.

Serphine said she has taught at Maisha since 2013 and cannot imagine teaching anywhere else.

“I love being with them all the time and compared to other schools, I cannot spend more time the way I have spent here in Maisha, Serphine said. 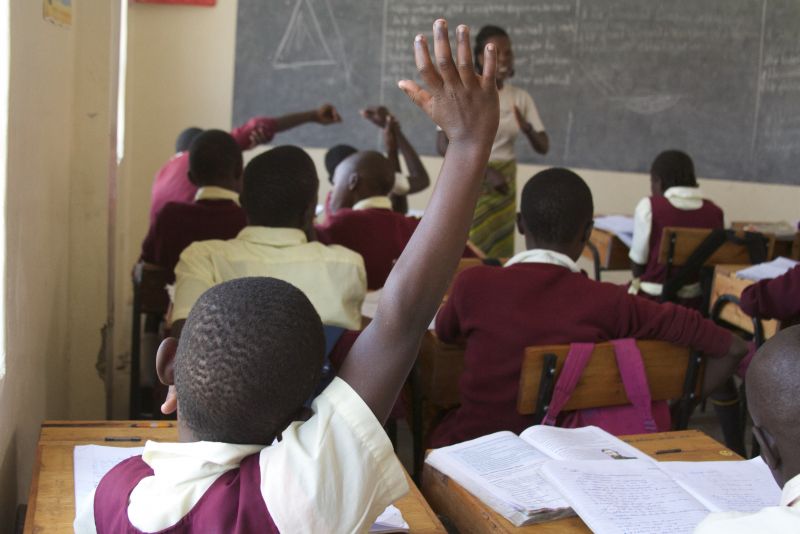 Ogallo said the Maisha Academy children have made him proud in every way, from the attitude to winning trophies at music festivals to the way they interact with visitors. He said he hopes to see Maisha keep growing and knows the community surrounding Maisha will look completely different in 10 years because of the work Maisha is doing.

“My wish is that these children should not only leave class eight, but Maisha should expand up to secondary school, up to university. So we just leave a child to go and get a job. That is when we shall have achieved our aim.”

For more information about the Maisha Academy, visit https://www.maishaproject.org/index.php?projects/education.